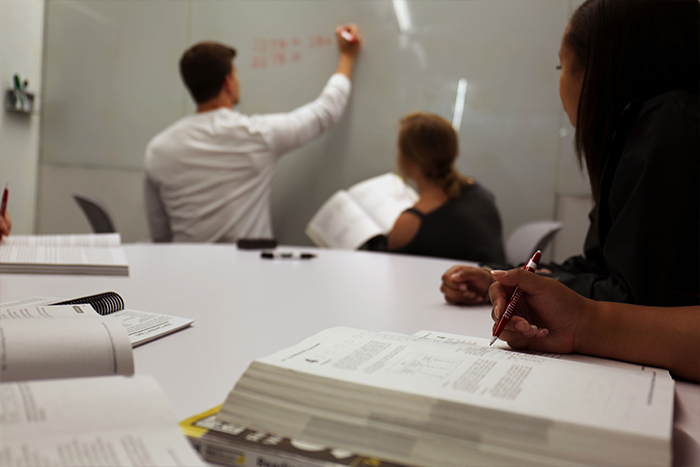 A prerequisite for economics concentrators and future Fly Club members, Ec10 is known as the ultimate bloated course. Picture overcrowded lectures and thrice-weekly sections taught by Ec PhD students who sometimes care but often don’t. The whole shebang used to be led by world-renowned economist N. Gregory Mankiw, who would appear on the first day of class and spend the rest of the semester at his house on the Cape. This year, he decided that he would step down from teaching to pursue “new pedagogical challenges” (read: more time down the Cape). We aren’t sure how these professors will change the course but you can be sure that, good ol’ Greg’s, overpriced, and horribly boring, Principles of Economics textbook will remain.

For those of you who really wanted to join a cult post-high school but were like, “Fuck it, I’mma go to Harvard,” THIS… is CS50. Going to class is like attending a screening of the Oprah show. Listen to a charismatic speaker for an hour (David “Sugar Daddy” Malan) before getting showered with tons of free shit at unexpected times (you get tons and tons of stress balls). Sad truth: if you don’t have a background in computer science, you may find yourself stuck in an infinite loop of coding and crying. Spend 20+ hours a week on psets, a final project, and cursing yourself (in C, of course) for taking the class. And for all those sleepless nights and blood pressure spikes you get... a goddamn t-shirt. That, and the chance to impress the ladies with your Python.

One of the few big freshmen classes that’s genuinely well-taught. Steve Levitsky, like a racially ambiguous Jesus, is a fantastic lecturer, so much that you almost feel bad for missing the class because you’re binge watching House of Cards. Comparative politics is an important reminder that things in the US could be a lot better or a lot, lot, lot worse. Since it’s a Gen-Ed, prepare yourself for sleepy senior science majors filling section. But hey! It’s worth it to learn the essential lessons about Lithuanian parliamentary democracy. That way, when someone brings up President Grybauskaite’s abysmal foreign policy, you won’t feel so out of the loop.

So LS1a used to be like, obscenely easy. Walk in. Get an exam. Draw a plant cell on the first page. Eat the rest. Get an A. Unfortunately, last year the four professors running the course wised up and ramped up LS1a’s difficulty to make pre-meds as stressed as their peers across the country. A thorough rundown of chemistry and biology with a smidge of orgo, the class will keep you busy as you consider both the mechanics of the phospholipid bilayer and a potential career change. Two perks: first, the mini-tests (ICEs, because the professors are chill) mean you won’t be stressing over one major exam. Second, if you can get through 1a, 1b is a cakewalk.

Let’s face it: you go to Harvard (as do we), which means you probably like to name-drop. But you’re also thinking about studying the humanities, which means you might not be name-dropping banks or international intergovernmental organizations in your near future. Worry not, dear freshman, if you take Hum10, you’ll have more than enough humblebrag material for at least the next few semesters. In a semester long stampede that more resembles an extended cramming session than a sane person’s introduction to the Western canon, you’ll tear through philosophy, literature, and history under the tutelage of some of Harvard’s best and most famous professors. You are to other Harvard students what the Spartans were to the rest of Greece: really fucking intense and impressive. Oh, you study economics and want to work at a bank? I’ve read Ulysses, bitch.