Get Housed
A Guide to the Upperclassman Houses 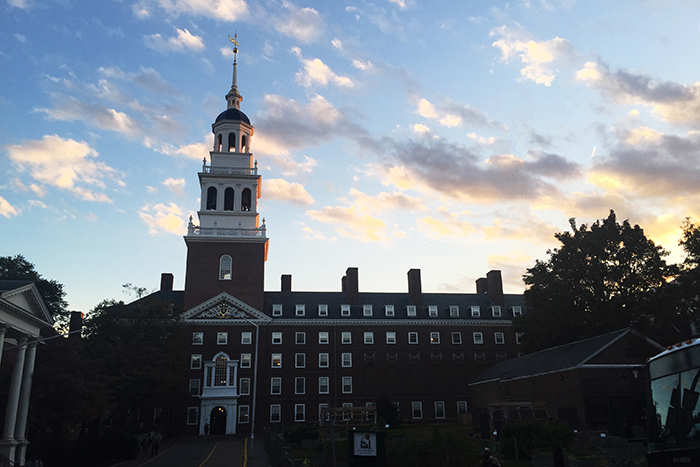 At the beginning of March, approximately 1200 of you will be sorted into one of nine houses on the river. Despite what that random upperclassman in your Gov20 section may tell you, no house is perfect. However, some are significantly further from perfection than others. We’ll let you determine which those are.

Adams used to have its own special dining restrictions to look exclusive, until the rest of the houses caught on and came up with community nights. Thanks a lot, Adams. In addition to being amazingly close to classes (a HUGE plus in the winter), this house a lot to be proud of. Like the FDR suite. And breathtakingly painted tunnels. And a mini-the- ater. And an impressive amount of cockroaches. If you’re sorted into Adams this year, you’ll likely live in swing housing but rest assured, it is the best swing housing Harvard has offered (think singles, some even with private bathrooms).

Ah, Winthrop. With one of the most crowded dining halls on campus, it will feel like the Berg all over again (up to you whether that’s a good or bad thing). No longer the newest house on campus, they’ll be sure to have an identity crisis this year but their abundance of hallway singles, huge common spaces like Rooftop Common and Terrace Common still make it a truly ideal place to live. Winthrop is also notorious for dominating at intramural sports #allidoiswinwinwinnomatterwhat.

Lowellians take pride in their exclusivity and as the most recently renovated house, they’ll be sure to never let you forget it. While it’s not confirmed what new amenities Lowell has to offer just yet, we expect lots of singles, more common spaces, and rooms that are sparklingly clean.

Mark Zuckerberg lived here at one point, but that whole shtick is getting kind of old. This house has a quaint courtyard and close proximity to both the gym, Yard, and square, and a beloved security guard named Bob who’s worked here for the past 30 years. But WHO DESIGNED THESE SUITES? Why do I need to walk through a bathroom and a shoe closet to leave my damn room?! Gah. Otherwise fine.

Quincy is like Harvard’s cool, state-school dorm. And by that, we mean it doesn’t look like it’s from the time of the pilgrims. Spacious party suites and a hip and popular Grille that serves up shakes and deliciously greasy food until 2am make Quincy the chillest River house. Aside from the fact that you have to climb stairs to get to the dhall (ugh), this house is honestly pretty great.

As the richest house, your Eliot friends will rub in all the fun they’re having at their amazing formals with ice sculptures. Kindly remind them that they all have practice tomorrow morning. Jealousy aside, Eliot’s amazingly active HoCo will make you feel at home in the Domus, or whatever.

Leverett is Harvard’s only haute couture apartment building. Sorry, Mather doesn’t fit this specification. As Harvard’s biggest house, it might make sense for Leverett to have a reputation as party central—it doesn’t. What it does have is elevators. And million-dollar views. Except if you’re in McKinlock, but that just got renovated. Check your privilege.

One of the newer houses, Dunster is equipped with a beautiful gym, pool tables, a busy grille, a stunning riverside courtyard, and arguably the most beautiful dining hall in all the land. The senior housing is startlingly nice. The sophomore/junior housing…sort of grim? Why is there one shower for eight people? Why do hallway doubles exist?! Ugh. That dhall though.

Harvard’s most single-filled house as well as its ugliest. It’s also low-key incredibly far from the yard. But again, everyone gets a single. In any case, Mather has a nice view of the river from the dining hall. So, when you aren’t hanging out naked in your private room, you can enjoy the view while munching on chicken nuggets.

At the beginning of March, approximately 400 of you will be officially banished to the quad for your remaining three years. No, it’s not that bad. Think of it as a three-year study abroad program, except instead of London or Paris or Amsterdam, you’re still in Cambridge and still going to class that actually counts. Jokes aside, the quad is honestly pretty nice. Here’s a breakdown of the houses/cool things you’ll find in the mystical land up the road.

Better known as Pfoho (because no one can spell Pforzheimer), this house puts the pf in pfun and wherever else it can stick it. With spacious dorms, classy common rooms, an infamous belltower suite, and, yes, even a Pfojo, this house ignites the flames of jealousy in other Quadlings and any of your river friends who trek over to the Quad to visit you. Which will only be, like, when they need pset help. Ugh. Pfuck those guys.

More singles, less socialization? Hell naw. The Quad knows how to get down, and no house is better equipped at throwing parties than Harvard’s newcomer to the housing system: Currier House. With not one, but two party suites, Currier’s Treehouse and the Ten-Man are required to throw parties throughout the year. Festivities aside, Currier’s got beautiful kitchens, spacious suites, and a fountain in the dining room. Take that, Charles River.

Home of Dean Khurana. Need we say more? Cabot House’s surplus of singles, bright and modern dining room, and pet fish will make you forget that you almost lost a finger trying to figure out the elevator. Cozy up in Cabot Cafè for some of the best drinks Board Plus can buy (Nutella hot chocolate, anyone?). And if you’re lucky, Dean Khurana might stop by with some home baked goods. Quad life is sweet.